Settlement Also Requires CIGNA to Pay $1.6 in Fines/Fees and Up to $70 Million to Disabled Claimants Who Were Denied Benefits

On May 22, 2013, Connecticut Insurance Commissioner Thomas B. Leonardi announced that Connecticut, along with insurance regulators from Massachusetts, Maine, California and Pennsylvania, had reached a settlement with the CIGNA Companies over allegations that the Insurance giant had been improperly handling and unfairly denying Long Term Disability Claims.  This settlement is an important victory for thousands of disability claimants who, over the years, have seen their claims denied without sufficient basis.
Pursuant to the settlement, any person from Connecticut, Massachusetts, Maine or Pennsylvania who had their LTD claim denied from January 1, 2009 to December 31, 2010 is entitled to have their claim reviewed pursuant to a "Remediation Program" set forth in the agreement.  (Remediation for California residents will cover claims from a longer time period: from January 1, 2008 to December 31, 2010.)  It is advised that persons who were denied during this time period seek the assitance of a Long Term Disability Lawyer. Connecticut LTD Lawyer
The agreement entered between CIGNA and these five states requires that the company change several of its practices with respect to the handling of claims.  Perhaps one of the most important changes that CIGNA must make is that, from now on, it must give "significant weight" to awards of Social Security Disability Insurance (SSDI) Benefits.  In the past, CIGNA gave very little weight to Social Security Disability Insurance awards.   In most denial letters CIGNA did not provide any specific reasons why it was disregarding Social Security's determination.  In many instances, the denial letters drafted by CIGNA Disability Claim Managers contained boilerplate language that merely stated in vague terms that CIGNA was not bound by SSDI awards becuase the standards used for determining eligibility under SSDI are different from the standards used to award benefits pursuant to the LTD policy.  This language used by CIGNA in its denial letters usually read as follows:
"We are aware that you were awarded Social Security Security Disability Benefits; however, the standard for determining disability under this policy may be different from standards used by the Social Security Administration (SSA)."
Other denials by CIGNA were even more shocking.  These denials simply stated that the award for disability benefits by the SSA was "considered" in making the determination for LTD benefits without specifically saying what weight if any was given to the award.  These denial letters usually stated:
"We are aware that you have been awarded Social Security Disability Insurance (SSDI) benefits by the Social Security Administration, and have considered that fact in our claim review."
If you have received such a denial letter, it is important that you contact a long term disability attorney.  Long Term Disability Appeals are quite complicated and it is probably not a good idea to try to go at it alone.  (See articles from my web page where I explain some the complexities that are involved in a long term disability appeal.)  Keep in mind that many long term disability lawyers, like myself, are willing to take these difficult cases on a contingency basis.
I have noticed that in many instances, long term disability claimants become frustrated with the unfairness of the LTD claim process and give up too soon. Unfortunately, not all Social Security Disability Lawyers are willing to take on LTD appeals.  In the last NOSSCR* conference there was a great session about ERISA LTD appeals.  I know that NOSSCR members can do a great job at educating their clients and empowering them to obtain the disability benefits that they have earned.  I urge Social Security Disability Lawyers to learn more about this area of disability law and encourage their clients to take aggressive steps to protect their rights under the Long Term Disability policies issued by CIGNA.

*NOSSCR is one of the largest organizations of Social Security Disability Lawyers and Representatives (SSDI and SSI).

Our Office: Activism at the Local and National Level

In order to properly represent Social Security Disability Claimants, a competent Social Security Disability Lawyer must stay connected to the community that it serves.
Those who know me personally probably have noticed how much I enjoy getting involved in social and political issues --particularly issues affecting those who suffer from disabling conditions and/or chronic illnesses.  Its a great way to give back to the people that I serve and... take a break from the work at the office.
This what I have been up to: 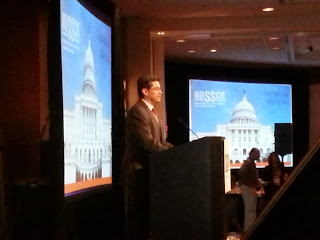 May is Lupus Awareness month.  On May 5th, our office participated in the annual Lupus walk in West Hartford, Connecticut.  During the event we set up a table with educational materials regarding the Social Security Disability process. 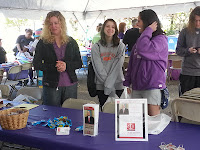 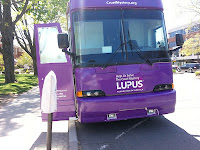 In addition, on May 20, 2013 I went to the Connecticut State Capitol to talk to our State leaders as part of our Lupus Advocacy Day.  Governor Malloy signed a proclamation officially declaring the month of May as Lupus Awareness Month.
Finally, I would like to add that this summer my office will sponsor a little league team in the Minnie Gonzalez Little League in Hartford, Connecticut. 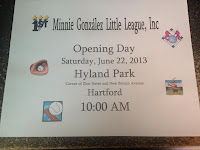 ﻿
I can't wait for opening day!  The name of the team that I will be sponsoring will be: "Los Indios de Mayaguez".  I'm a big fan of my hometown's winter league baseball team and I'm really happy that I was able to name the team that I sponsor after them.
Posted by Ivan Ramos at 8:39 PM


The passage of this legislation will be extremely beneficial to Veterans who are recovering from injuries and are trying to transition to their life back home.   Last week I met with a Social Security Disability client who is recovering from physical injuries, as well as PTSD, after serving in Afghanistan.  I was shocked when I found out that he attempted to go back to work almost immediately after returning from the war.  He said that he went back to work right away because he needed to take care of the immediate financial needs of his wife and children.  I believe that his disabling condition was exacerbated by the stress of having to return back to work so quickly.


Rep. Thompson introduced the bill on the floor of the House of Representatives.  For a video of his remarks click on the link:


In addition, Rep. Loebsack, the co-sponsor of the bill, stated: “It is unacceptable for our service members who have been wounded defending our country to have to wait for benefits or face financial hardship.  Instead of worrying about if they will be getting their benefits, they should be focusing on getting better,”  He also pointed out that: "Our veterans are already waiting far too long to receive VA benefits. They should not also be subjected to delays in their Social Security benefits.  This bill honors the sacrifices our wounded service members and their families have made for our country.  We owe it to those who have put their lives on the line protecting our freedoms to ensure that they are able to quickly access the benefits they need.”


H.R. 1488 amends title II of the Social Security Act to provide that the waiting period for disability insurance benefits shall not be applicable in the case of a disabled service member recovering from an injury or illness incurred in a combat zone.


The Recovering Service Members Disability Benefits Act does not expand eligibility for SSDI benefits or automatically approve individual requests, and all of the same protections used to prevent fraud and abuse of the program remain as defined under current law.
Posted by Ivan Ramos at 6:12 PM