Dead SSI Claimant is Told that He Can Work 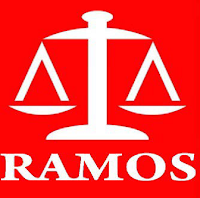 Harley Christopher Andrews, a young man from the Orlando Metropolitan Area, died on September 2nd from an agressive form of cancer known as glioblastoma multiforme.  In addition to having to fight cancer for the last three years of his life, he also had to fight the Social Security Adminstration which denied him disability benefits.

"He was having seizures, and his whole left side was going paralized" as a result of the brain tumor.  "He could not work", his mother Wendy told the Orlando Sentinel.
Twelve months after her son's death, she received a letter from the Social Security Administration.  The letter which was addressed to her son stated:  We're writing to let you know that we have made a disability hearing decision on your case.  Our decision: we find that your condition has improved and you are capable of working".
This letter is just one of several "form letters" sent to Social Security claimants throught the nation.  I constantly receive angry calls and emails from claimants in Connecticut and Massachussets who are frustrated when they receive a decision from the SSA such as the one sent to the decesased claimant in Orlando.
The tragic nature of the story of Harley Chrisopher Andrews shows how little effort the SSA makes to investigate cases and make well informed disability determinations.
Glioblastoma brain tumors have one of the worst progmosis of any central nervous system cancers.  Prognosis is very poor with a median survival time of approximately 12-14 months and is almost invariably fatal.
It is totally inexcusable why the Social Security Adminstration failed to award benefits to this claimant.  The tragedy endured by this young cancer victim and his family should serve as a wake up call to those who have failed to acknowlege the plight of thousands of other claimants are who routinely denied disability benefits without a valid basis.
Social Security Claimants: don't give up when you get a discouraging letter from the Social Security Adminstration such as the one received by Harley Christopher Andrews' mom.  Fight for your benefits.  Consider hiring a lawyer.  Most Social Security Disability Lawyers like me, don't charge any legal fees unless we are able to win benefits for you.
Posted by Ivan Ramos at 5:00 PM